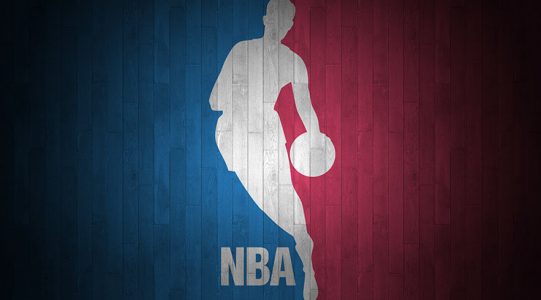 The Golden State Warriors have ascended to the top spot in the NBA on the heels of a 16-2 mark since November 29.  And their success came while Steph Curry missed 11 of those 18 games.

The only other teams to rank in the Top 10 in each category are the Toronto Raptors and Oklahoma City Thunder (which bodes well for the Playoff success of those teams, going forward).

Let’s take a look at the upcoming week in the NBA.

The Indiana Pacers got off to a fantastic start this season.  At December 9, the Pacers were 15-11 straight-up and 16-10 ATS.

However, since that point, the Pacers are 4-8 SU/ATS, and have lost their last five games (both SU and ATS) in a row.  It must be noted that these last five defeats have all come without their best scorer (Victor Oladipo) in the lineup, as he’s battling a knee injury.

The good news for Indiana is that Oladipo practiced for the first time in 10 days, on Thursday, and hopes to suit up Saturday vs. Chicago.  After that home game vs. the Bulls, the Pacers will host Miami on Monday, and Cleveland next Wednesday.

Provided Oladipo returns, and plays at a high level, then I would recommend taking Indiana as a home underdog next week vs. the Cavaliers.  And that’s because the Cavs will play that game without rest.  And Cleveland is a poor 9-22-1 ATS its last 32 games on the road when playing without rest, including 3-13-1 ATS as a favorite.

For the last three seasons, the Boston Celtics have had a correlation between covering the point spread and going ‘under’ the total.  And, should it continue, then one can make a profit by simply wagering on a parlay of the Celtics + Under in each of their games.

This week, Boston will host the Timberwolves, before hitting the road for games at Brooklyn and Philadelphia.  Of these, if I had to pick one game to parlay the ‘under’ with the Celtics, it would be the Friday night game vs. Minnesota.  The Timberwolves have gone ‘under’ in each of their last four games.  Also, Boston will play the game on exactly one day of rest (which is the best “rest” situation for the Celtics to cover and go ‘under’).

James Harden was headed toward an MVP season prior to sustaining a Grade 2 hamstring injury last Sunday vs. the Los Angeles Lakers.  Harden is averaging 32.3 points, 9.1 assists, and 5 rebounds per game this season, but will miss at least two weeks.  Depending on when he returns (and in what form), the MVP race has now opened up, with LeBron James being a prime candidate to overtake Harden.

Of course, Houston’s much bigger issue than the MVP race is winning games, and his absence will surely have a negative impact.  Houston already lost a critical home game to the Golden State Warriors on Thursday, and it has another home game on January 20 vs. the Warriors, as well.

Harden may (or may not) be back for that game, but he will miss road games this upcoming week at Detroit and Chicago, as well as a home game on Wednesday vs. Portland.

The Monday night road game vs. the Bulls will prove to be especially difficult for the Rockets, as Chicago’s currently on a 10-6 SU and 13-3 ATS run.  And the Bulls are 28-19-1 ATS their last 48 as a home underdog.  Take the Bulls plus the points vs. Houston.

One of the things I love to do when betting the NBA is play on teams with revenge from a Playoff series loss.  I don’t blindly take every team in this situation, but if certain other conditions are satisfied, then I’ll pull the trigger on the revenge-minded team.

This past week, for example, I had a play on the Milwaukee Bucks plus the points over Toronto, and got the cash when the Bucks lost in overtime, 131-127, as a six-point underdog.

This season, playoff revengers are 9-4-1 ATS, with the final situation coming up on Thursday when Toronto hosts Cleveland.  Take the Raptors over the Cavaliers.

Check out our Previews for similar articles.