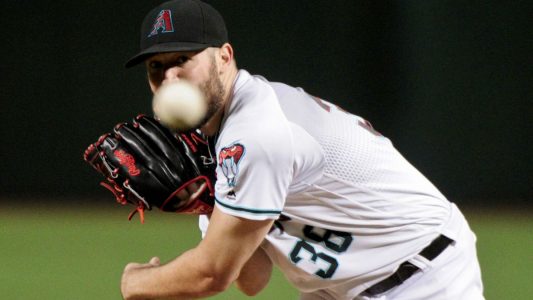 A matchup of teams at the opposite ends of the NL West standings continues at Dodger Stadium Wednesday when the Arizona Diamondbacks and the Los Angeles Dodgers will play the last game of a three game set. The Dodgers have won four straight and have scored at least five runs in each contest during their winning streak, including Tuesday’s 5-2 triumph. The Diamondbacks finished with four hits in Monday’s loss but they’ve been swinging fairly hot bats lately despite that toothless performance.

About the Arizona Diamondbacks (58-80)

Arizona hands the ball to left-hander Robbie Ray (7-12, 4.46 ERA) who is 1-1 with a 1.89 ERA and a 1.158 WHIP over 19 innings in three starts at Dodger Stadium and 3-2 with a 1.95 ERA in six career starts against the Dodgers overall. Ray escaped with a no-decision at Colorado on Friday despite surrendering six runs (five earned) and eight hits in 4 1/3 innings. He has otherwise pitched well lately, allowing fewer than three runs in each of his previous four turns.

Chris Owings is riding a five-game hitting streak during which he is 11-for-19 and has scored a run in five straight contests and seven of his last eight.

Los Angeles hands the ball to Brock Stewart (0-2, 7.94), a 24 year old rookie who will make his fifth appearance in the Major Leagues. Stewart was hit hard in his first two turns, surrendering a total of 14 runs and 18 hits over nine innings, before allowing six baserunners — but only one run — during a three-frame relief stint. He held the Cubs scoreless over five innings in his last start on August 28.

The Dodgers enter Wednesday with a four-game lead over San Francisco for first place in the National League West while the Diamondbacks’ best hopes for the season’s last month is to hold off the Padres and avoid the cellar of the NL West. Motivational advantage Dodgers, but can they be trusted at this price with a rookie on the mound?