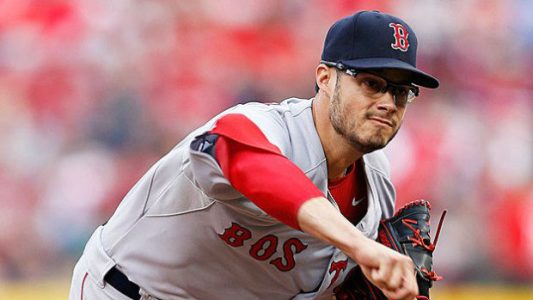 Published April 17, 2015. Check out our Featured for similar articles.

I’m recommending a play on the Red Sox on Friday. Ubaldo Jimenez pitched seven shutout innings against Toronto but now the right-hander has to go to Fenway Park where he has a 9.45 ERA the last three years and overall he’s 1-3 with a 9.33 ERA vs the Red Sox. Boston hitters have a .333 batting average and a .974 OPS against Jimenez who is known for his inconsistency. Joe Kelly gave up one run and struck out eight in seven innings against the Yankees and he retired the last 17 men he faced. It was a clutch performance by Kelly because it came the day after the Red Sox went 19 innings and used most of their pitching staff. Baltimore batters have a collective .196 batting average against Kelly. And while the Sox are on a 6-0 run off a loss going back to last season, the Orioles enter on a 1-6 slide against teams with a winning record. I’m recommending a play on the Red Sox on Friday. Thanks & GL! Scott Spreitzer.

Scott Spreitzer looks to take the books deep with his MLB DIV. MISMATCH GAME OF THE MONTH! Scott cashed again last night and he’s 2-0 this week with MISMATCH releases. Tonight’s is backed by combined spots adding up to a 22-4 winning mark! Extend the MLB run to 59-32!