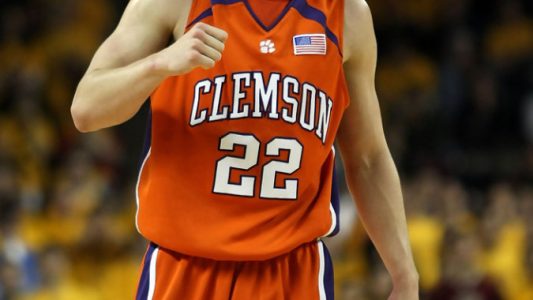 Published February 23, 2016. Check out our Featured for similar articles.

The Tigers come into this game off a heartbreaking 74-77 loss at NC State last time out, while the Yellow Jackets enter off a thrilling 63-62 last second win at home against Notre Dame as a 3-point dog, which came on the heels of a 86-80 win at Florida State as a 7-point dog. I look for Georgia Tech to have a difficult time matching the intensity of Clemson in this one.

The Tigers are not only going to be extremely motivated off that loss to the Wolfpack, but this is a game the desperately need if they want to make the NCAA Tournament. The Yellow Jackets on the other hand are just 5-9 in conference play and are just playing out the regular season, which puts them in a prime letdown spot off that big win over the Irish.

Keep in mind that Clemson won by 14-points at home (66-52) against Georgia Tech recently on 2/13 and did so shooting just 40% from the field and 15.4% from long distance. Tigers are 8-2 ATS on the season against strong rebounding teams with a 4+ advantage/game, 7-1 ATS after 15+ games this season against teams who commit 12 or fewer turnovers and a perfect 6-0 ATS in their last 6 after playing their previous game as a road underdog. We’ll take the points!

#4 Ranked Basketball Handicapper All-Time (2x Basketball Champion)! Jimmy Boyd and his clients are enjoying a MASSIVE run on the hardwood that has his $1,000 Players Up Over $78,000 since 2008! If you are serious about making a profit tonight, you are going to want to make sure that you don’t miss out on Boyd’s Big Play Tuesday 3-Pack! Jimmy has is eyes set on a 3-0 SWEEP with 2 NBA and 1 NCAAB winners. The strongest release comes in his 5* NBA *BEST BET*, where he’s riding a 3-1 Run over last 4 NBA 5* Top Plays. You will also receive his 4* SEC Revenge GAME OF THE WEEK, along with his 4* NBA Total ANNIHILATOR all for the low price of $49.97! You are GUARANTEED TO PROFIT or Wednesday’s entire card is FREE!