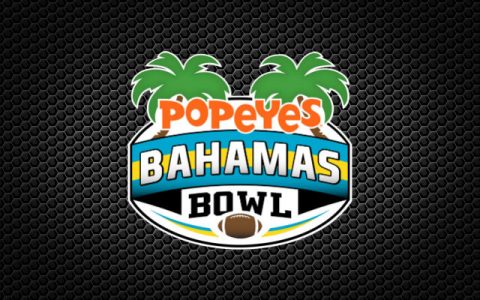 The 7-5 Eastern Michigan Eagles will take on the 9-3 Old Dominion Monarchs in the Bahamas Bowl at Thomas A. Robinson Stadium in Nassau Friday afternoon. The game has a 1:00 PM EST start and will be broadcast nationally on ESPN.

Old Dominion opened as a 3.5-point favorite while the total was set at 49 points. The public is having little doubt that the Monarchs will cover the spread as they’ve received close to 90 percent of the spread wagers, moving the spread to Old Dominion -4.

Get more free college football predictions from our expert handicappers.

Eastern Michigan has won two of its past three games. The Eagles defeated Central Michigan 26-21 in their regular season finale, but the game was more lopsided than the score would suggest as they held a massive 538-383 edge in total yardage.

The Eagles’ quarterback Brogan Roback has had a solid season, throwing for 2394 yards with 16 TDs and just six INTs. He has plenty of reliable targets to aim for with four receivers accumulating 400 or more receiving yards on the season.

Eastern Michigan’s passing game ranks 19th in the Nation averaging 296 yards per game, but they rank just 85th in the Nation with 158 rushing yards per game. They may not have leading running back Ian Eriksen available as he missed the team’s regular season finale with an undisclosed injury and remains listed as questionable.

The Eagles have averaged a solid 30.4 points per game this season, placing them 58th overall. Defensively Eastern Michigan has been more vulnerable against the pass than against the run, and they’ve surrendered 30.3 points per game.

Old Dominion enter the Bahamas Bowl riding a five-game winning streak and they’ve averaged 40.8 points per game during that span. All of the victories came by double figures, and the Monarchs have outgained three of their last four opponents by 240 yards or more.

The Monarchs’ senior quarterback David Washington has collected 2648 passing yards with a remarkable 28:4 TD to INT ratio this season. The Monarchs have a well balanced offense that ranks 61st in passing with 238 yards per game and 47th in rushing averaging 196 yards per game on the ground. Junior running back Ray Lawry has had a fantastic year, accumulating 1122 rushing yards in 11 games, averaging 6.3 yards per carry.

Old Dominion defeated Eastern Michigan 38-34 as a 6.5-point favorite on the road last season. We think the Monarchs will get the better of their opponent once again here in the Popeyes Bahamas Bowl.