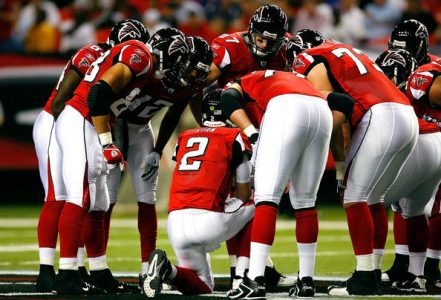 The New Orleans Saints are still eyeing their first win of the season as they host NFC South rival the Atlanta Falcons at Mercedes-Benz Superdome on Monday Night Football. The game will be televised nationally on ESPN and will mark the 10-year anniversary of the re-opening of the Superdome after the venue was forced to close for one season in the wake of Hurricane Katrina.

The Saints opened as a 3-point favorite but are now favored by less than a field goal despite nearly two third of the wagers coming in on the home team. The total is holding steady at 53.5 at the online books although some shops in Vegas have started to raise the line with close to 75 percent of the tickets favoring the over.

The Atlanta Falcons are coming into the game with a 1-1 record. They suffered a 31-24 home loss to Tampa Bay in their opener but bounced back with a 35-28 victory at Oakland in Week 2. Quarterback Matt Ryan has been outstanding, completing 72.6 percent of his passes for 730 yards with five TDs and one pick and his 121.4 quarterback rating is the best in the NFL. The backfield tandem of Devonta Freeman and Tevin Coleman have also been pulling its weight with a combined 181 rushing yards and 11 receptions for the season.

The Saints are coming into the game with an 0-2 record as a 35-34 home loss to Oakland was followed up by a 16-13 setback to the Giants in New York in Week 2. Drew Brees completed 29-of-44 passes for 263 yards and one TD but the Saints attempted just 13 carries and ran for a mere 41 yards in last week’s defeat. The Saints can never be counted out home in the Superdome though, and they won both head-to-head meetings last year outright, 31-21 here in the New Orleans on October 15 and 20-17 at Atlanta on January 3. They’ve also proven good at bouncing back from defeats going 4-1 ATS in their last five games following a straight up loss.

Atlanta has averaged 451 yards per game on offense this season while surrendering 412.5 yards. New Orleans has accumulated an average of 397.5 yards while giving up 451.5 yards per game.

The Saints are desperate for a win, but the Falcons have the better team and a red hot QB.