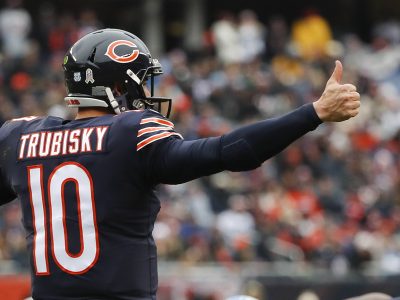 Sunday Night Football matches up the Chicago Bears (4-5) against the LA Rams (5-4). The Bears and quarterback Mitchell Trubisky had one of their best offensive games of the season in their last game. Trubisky threw three touchdowns and the Bears offense didn’t commit any turnovers.

The Rams offense struggled last week but scored 61 points in their two previous games combined. The Rams are sixth in passing offense and 10th in points scored per game. Defensively, the Rams are a middle of the pack team that is 15th in points allowed.

As good as the Bears defense is, they allow more yards than you would think, ninth in total yards allowed and 15th against the pass. They are fourth in points allowed but the Rams pass attack should be able to move the ball against them in this game.

This is a low total as everyone expects this to be a defensive-heavy game but the Rams offense is built to attack the Bears and Chicago had a solid game offensively last week while Trubisky looked good.

Both teams should overperform expectations on offense as the game goes past 41 points.