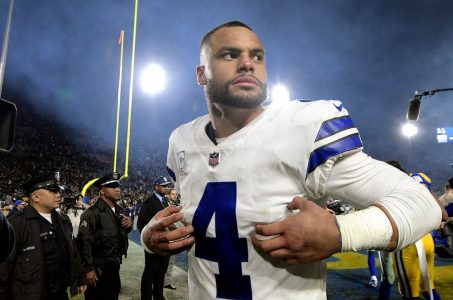 The set-up: Dallas has lost two straight and after this non-conference matchup it has the Eagles before it’s bye week. The Cowboys started the season 3-0, but now the questions are starting to be asked if that was because of the weak competition they faced to open the campaign.

Dallas looked impotent in its 12-10 setback to a Drew Brees-less Saints team, before then losing 34-24 to Aaron Rodgers and the Green Bay Packers last weekend. Clearly the visitors can’t “look past” their opponent today. In fact, it’s totally the opposite.

This is a golden opportunity for Dak Prescott and company to get back on track today. At 0-4 and with their starting QB still with question marks surrounding his availability, clearly there’s not much good to say about the Jets this season. They do have the Patriots on deck next week, so the road ahead isn’t going to get any easier.

From a situational standpoint, I definitely think this sets up as a wide-open “shootout,” rather than a slower-paced “chess match.”

1* FREE PLAY on the OVER Cowboys/Jets.