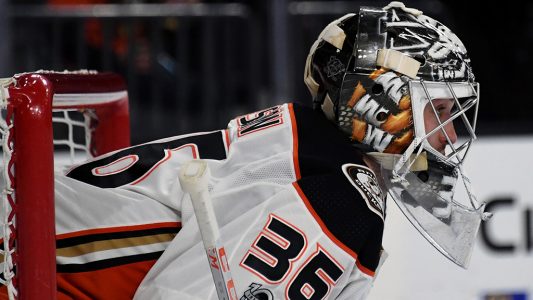 Anaheim has been taking just over 29 shots per game while only giving up 31 on the defensive end of the ice. The Bruins are firing an average of 30.8 shots per game while giving up 33. Keep in mind I’m writing this free play before we have goalie news for Monday, but, because both of these teams have had a couple of days of rest, John Gibson should be in net for the Ducks. He has a 3-1 record with a .961 sv%. Tuukka Rask should be between the pipes for Boston with a record of 3-0 and a .957 save percentage.

Anaheim will be looking for their second win in the previous three games after a 2-1 win against the Blue Jackets in Columbus on Friday. Both of their goals came in the second period, one from Jakob Silfverberg at 12:59 and another from Cam Fowler at 14:56. Hampus Lindholm and Ondrej Kase lead the Ducks with four points. The Bruins have been winning games, but they haven’t been scoring many goals. They’ve been stingy on the defensive end of the ice, giving up just seven combined goals in their previous four games. They were strong against the Devils with a 3-0 win on Saturday, a nice rebound following their only loss of the season.

The Bruins have held two opponents scoreless through their first five games of the season, both New Jersey on Saturday and the Coyotes in Arizona on 10/5. They only gave up one goal in Dallas against the Stars in the season opener.

Both of these teams are giving up less than two goals per game and neither of them is averaging over two and a half goals. Because of that, the total staying under 5.5 should be in sight for a small play.