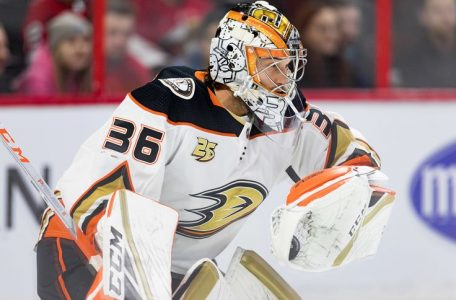 Sitting behind only Edmonton in the Pacific Division, Anaheim lost to Calgary two nights ago, but took down both Carolina and Buffalo by a combined score of 9-4 in the two previous contests.

The Ducks have been winning with defense, and both John Gibson and Ryan Miller have been big parts of that equation. While Gibson has four wins and a .939 save percentage, Miller is allowing only 1.50 goals per game and owns a .941 save percentage.

Nashville has dropped two straight, including a 5-2 loss to Arizona. The Predators are in the middle of the pack of Central Division teams.

While the Ducks rely on defense, Nashville relies on offense. Defenseman Ryan Ellis has been leading the charge with a team-high 11 points and 10 assists for the Predators.