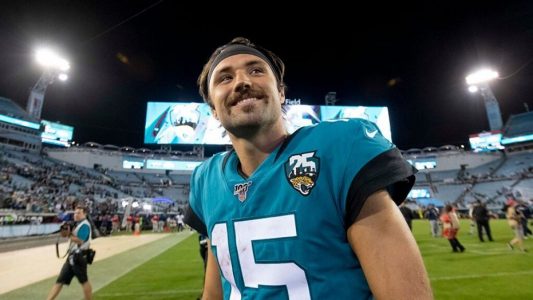 The 2-4 Jacksonville Jaguars have opened the season going 0-2, 2-0 and 0-2. The Jaguars finally dealt top CB Jalen Ramsey to the Rams for three draft picks Tuesday, parting ways with a two-time Pro Bowl player who wanted out. With that drama behind them, the Jags are hoping to break their two-game slide this Sunday at Cincinnati. The 0-6 Bengals coming off a 23-17 setback at Baltimore last Sunday, the team’s fourth game this season in which it lost by less than a TD.

Rookie QB Gardner Minshew looked very ordinary during the Jaguars’ 13-6 loss to New Orleans last Sunday, as Jacksonville was held to a season-low 226 yards and just a pair of FGs. Minshew entered last Sunday’s contest completing 66.7% of his passes for an average of 255.8 YPG with nine TDs and just one INT. However, he went just 14 of 29 for only 163 yards without a TD pass and had one interception.

The good news for Minshew is, the last three QBs who faced the Bengals had career days (see below). RB Leonard Fournette is healthy in 2019 (584 YR / 5.1 YPC and 26 catches for 189 yards) and he registered 118 yards from scrimmage last week to join Cleveland’s Nick Chubb as the only players in the NFL with at least 85 in each of their first six games this season. Jacksonville’s defense is allowing 21.8 PPG (13th) on 372.7 YPG (23rd). Brandon Wilson got the Bengals off to a good start last Sunday, returning the opening kickoff 92 yards for a TD, but the team was unable to find the end zone again until late in the fourth quarter.

The Bengals have now failed to score an offensive touchdown in the first three quarters of each of their last three games. QB Andy Dalton is completing 61.7% for 1,647 yards with seven TDs and five INTs plus gets NO help from a running game averaging an NFL-low 56.5 YPG. Cincinnati’s defense is allowing 286.5 PPG (26th) on 426.0 YPG (31st).

The Bengals won’t go 0-16, right? However, I’m not sure this is a game they’ll get a “W.” Expect a bounce-back game from Minshew, against a very porous Cincy defense. After all, Lamar Jackson became the first quarterback in the Super Bowl era to pass for at least 200 yards (236) and rush for 150 (152) in a single game last week against the Bengals.