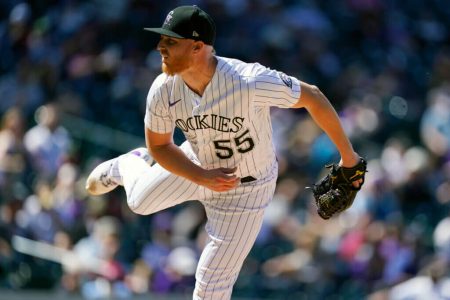 It seems the last time the Pirates were a road favorite was when Honus Wagner was their shortstop. The Pirates haven’t been road chalk all season and they certainly aren’t here at Coors Field.

Colorado is a fairly large-sized home favorite. But not large enough as I would put the Rockies in the minus $2.00 category.  No team is more Jekyll/Hyde with their home/road splits than the Rockies.

Outside of Denver, the Rockies are 6-31 and last in batting average at .196. But put the Rockies in their Coors Field orbit and they are 27-16 with a league-best .283 batting average. Colorado has the second-highest home slugging percentage.

Pittsburgh has the majors’ second-worst road slugging percentage. The Pirates have lost 74 percent of their last 77 away games. The Rockies have won 70 percent during the last 102 times they’ve been favored at home.  Pittsburgh failed to score against either Kyle Freeland or German Marquez during the first two games of this series, outscored, 10-0.

Now the Pirates draw the supposed ace of the Rockies, Jon Gray, while throwing Chad Kuhl, a bottom-of-the-rotation starter with a 2-4 record and 5.05 ERA.  Gray is making his second start since coming off the injured list. He was sharp in his first outing back tossing five shutout innings with 10 strikeouts against the Brewers this past Friday. Gray has experience handling the pitcher’s Frankenstein known as Coors Field with a 3.25 home ERA this season.

(Editor’s note: Stephen Nover’s Wednesday card is headed by his NBA Western Conference Game of the Year. Stephen has won 11 of his last 16 NBA plays for 69 percent.)