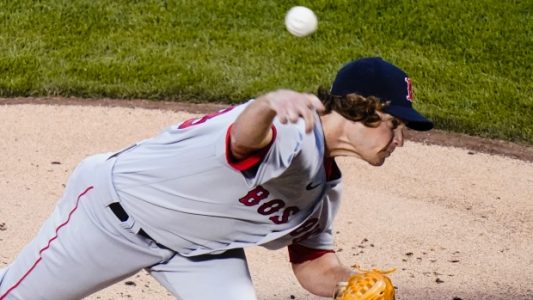 My free play is on the Bos Red Sox at 7:10 ET. The Boston Red Sox are fresh off a sweep of the Yankees as they welcome the slumping Kansas City Royals to Fenway Park for a four-game series beginning Monday.

The Red Sox outscored the Yankees 18-7 in their three-game sweep at Fenway, including a 9-2 win Sunday over Gerrit Cole. New York’s ace allowed six runs on eight hits (including three HRs) in five innings.

The weekend sweep improved Boston to 6-0 against its hated-rival in 2021 (it was Boston’s first time sweeping New York in consecutive series since 2011), as the Red Sox improved to a season-best 16 games above .500 at 47-31.

With the Rays’ loss Sunday on the road to the Angels, the Red Sox moved back into first place in the AL East. In stark contrast, the Royals were swept in a three-game by the Rangers at Texas over the weekend, getting outscored 21-5. Kansas City will ‘limp’ into Boston for four games having currently lost five straight and 17 of 21 overall.

The Royals are 33-43 on the season (tied for last-place in the AL Central), 11 1/2-games back of the division-leading White Sox. Left-hander Danny Duffy (4-3, 1.81 ERA) will get the start for Kansas City, while right-hander Garrett Richards (4-5, 4.74 ERA) will take the mound for Boston on Monday, Duffy opened the season posting a 1.94 ERA in his first seven starts but was only 4-3.

Duffy was then sidelined for a month with a forearm flexor strain. He returned for a start vs the Yankees last Wednesday (pitched two scoreless innings) and it was a surprise see him pitch just two days later out of the bullpen. However, he held his own, throwing 11 of his 15 pitches for strikes in Friday’s relief outing. He owns a 1.81 ERA, 1.12 WHIP and 53-15 KW ratio in nine appearances across 44.2 innings in 2021.

The Red Sox come in on a high, while the Royals come in losers of 17 of 21. I’m not sure why the Royals are starting Duffy here (third appearance since Wednesday, after coming off a month-long stint on the IL), especially considering Duffy is 0-6 with a 7.26 ERA in eight career starts against Boston (team is 1-7). That record is by far his worst against any major league team he has faced more than three times.