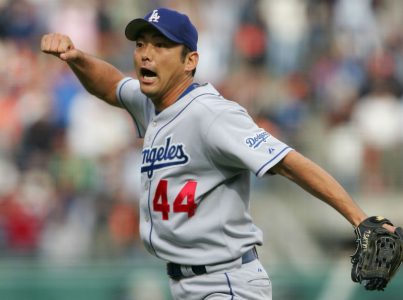 Big clash between a pair of National League West foes Wednesday evening as the San Francisco Giants will take on the Los Angeles Dodgers in the rubber match of their three-game series from Chavez Ravine.

The Giants led the opener 1-0 heading to the bottom of the 9th, but the Dodgers scored two runs for the walkoff win, and the Dodgers had won nine of the last 11 meetings at Dodger Stadium prior to Giants’ 2-0 upset on Tuesday.

The Dodgers opened this game as a sizable favorite of -152 and the line remains the same despite early reports suggesting a heavy portion of the tickets coming in on the home team. Pretty interesting that the books are reluctant to make the Giants an even bigger underdog considering that the team is just 6-14 as a road underdog of +125 to +175 this season.

Maeda is 2-1 with a 2.08 ERA and a 1.096 WHIP in his last three outings. The Dodgers have won eight of his last 10 starts and the 28 year old Japanese has won both his career starts against the Giants while conceding only four runs in 12 innings.

Our Leans: Dodgers ML and Under 7.5 Runs

Neither team is effective at the plate, but the Giants’ troubles are even bigger than the Dodgers’. The Giants just don’t have the offense right now and their pen has struggled as well, not a good combination. We won with the Giants as our Dog of the Day on Tuesday, but this game has a Dodgers win written all over it.