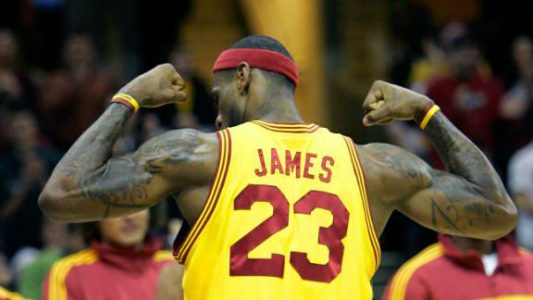 Cleveland continues to push toward team history and looks to maintain its mastery of the Western Conference when it hosts the Los Angeles Clippers on Thursday. The Cavaliers’ 11-game winning streak is two shy of the franchise record and they own a seven-game run against the West, including a 126-121 win at the Clippers on Jan. 16. Kyrie Irving had 37 points to lead the way for Cleveland, which seeks the season series sweep against a team it has owned at home, winning 11 of the last 12 match ups!

Los Angeles is 2-2 thus far on a season-high eight-game road trip and has likely needed its last two days off to get past a miserable collapse at Brooklyn on Monday. DeAndre Jordan scored 22 points and grabbed 20 rebounds but was the primary culprit in a woeful 8-of-25 showing from the foul line by Los Angeles, going 2-of-12 at the stripe.Los Angeles’ wasted chances at the line was a big reason it failed to hang on at Brooklyn, while the loss of J.J. Redick to back spasms did not help. The veteran, who is enjoying the finest shooting season of his nine-year career, lasted just four minutes before succumbing to the pain that has been bothering him for several days and will not return.

While LeBron James’ scoring average (26.2) is on pace to be the lowest since his rookie campaign, the superstar has been handing out assists at his best rate since the last season of his previous stint with Cleveland in 2009-10 – when he averaged a career-high 8.6 – and his ability to distribute has been vital. James had 11 assists in the 97-84 win over Philadelphia on Monday, his ninth double-digit effort of the season, as the Cavaliers improved to 12-1 in games in which James has at least nine helpers.

Cleveland has won seven straight at home and six of the seven have come by double digits!