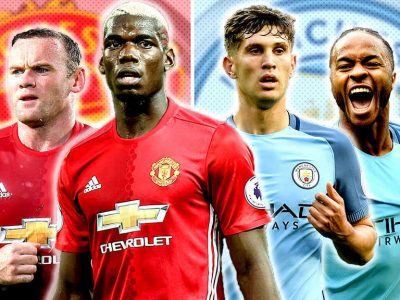 The Red Devils of Manchester United will host their light-blue neighbor Manchester City for the first Manchester derby of the season on Saturday. It will also be the first time managers Jose Mourinho and Pep Guardiola will clash while both in charge of an English club, and there will be no love lost on the pitch nor on the sidelines.

The hosts opened as a +122 favorite and you can currently get them from anything between +120 to +138 depending on the book. The visitors opened as a +245 underdog and that’s more or less what all books still pay out on a Manchester City win with a few exceptions. The draw can be found at around +230 while the total is set at 2.5 goals with the under juiced up.

Manchester City striker Sergio Aguero has scored seven goals in eight league games against United, and he will be a huge miss for the Citizens as he starts a three-game suspension. They still have firepower in Kevin de Bruyne who has provided 15 assists in league and cup since debuting for the club.

Manchester United have some injury woes as well with Henrikh Mkhitaryan doubtful with an arm injury. He has not played a huge part in the teams perfect run in the Premier League so far, and keep an eye on Zlatan Ibrahimovic who has tormented defenders since coming over from PSG on a free transfer during the summer. The enigmatic Swede has a chequered past with Guardiola since their time together at Barcelona, as if he needed any more motivation to add to his three Premier League tallies in as many games.

Man United and Man City are tied with Chelsea at the top of the table after three games. You can’t win the league this early, but you sure can lose it. Both teams should come out with a cautios approach as losing three points also would mean giving a title rival the same, and we recommend a play on under 2.5 goals in this contest.