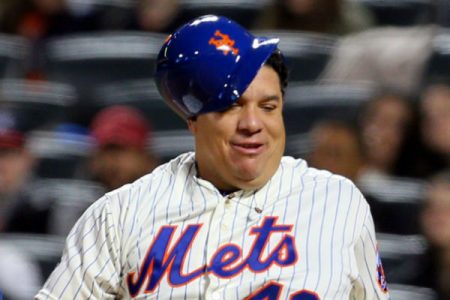 Published April 17, 2015. Check out our Featured for similar articles.

The Mets are still undefeated at home and off five wins on the bounce overall. They’re looking good to make it six straight Ws tonight as they host a Marlins team that has won only two of its last six games.

David Phelps will toe the slab for the Fish making his first start of the year. He’s hurled a total of one inning over two relief appearances on the season, over which he’s given up four runs on four hits with two walks. He was 5-5 with a 4.38 ERA over 32 outings, 17 starts last year and 1-4 with a 5.30 ERA away from home. The Mets will counter with veteran Bartolo Colon who’s off to a great start with back-to-back wins behind a 2.77 ERA. He posted a 15-13 record with a rather swollen 4.09 ERA last year, but hurled 14 2/3 innings against the Fish surrendering only four runs on 19 hits with 12 strikeouts. More importantly, he’s hot now and it’s not easy to get a grip of the 41 year old right-hander when he’s on his A-game.

Don’t miss out as Mike Lundin has a loaded Friday card featuring Soccer, MLB and NHL. Now is a great time to pick up a 3 Days All Sports All Access Subscription for only $99.95 and secure you get all of Mike’s winners over the weekend.