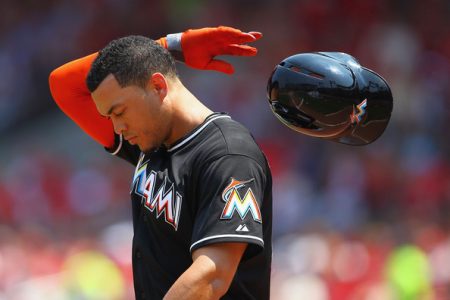 When: Sunday, May 15 – 1:35 PM EST
Where: Nationals Park, Washington, District of Columbia
Odds: -105/-105
Over/Under: 7
The Washington Nationals will try to deny the Miami Marlins to even this four-game series at Nationals Park Sunday afternoon. That will be easier said than done as the Fish send their ace Jose Fernandez to the mound here in the series finale.

Fernandez (4-2, 3.54 ERA) won his third consecutive start with an overpowering effort last time out, striking out 11 and holding Milwaukee to four hits over seven scoreless innings. The Marlins ace beat the Nationals on April 18 allowing just one run through six innings to improve to 4-0 with a 1.05 ERA in seven career starts against Washington.

Fernandez has the current Nationals roster limited to a combined .220 batting average over 109 at bats, and Jayson Werth is just 1-for-16 with seven strikeouts in previous meetings with Fernandez.

About the Washington Nationals (23-14)

Washington hand the ball to Joe Ross (3-2, 2.29) who is coming off his first clunker of the season, giving up five runs over six innings against Detroit to suffer his second straight defeat. “Fastball command wasn’t there,” Ross said. “It was tough. I fell behind. When you need to pitch in a big spot, it wasn’t really there.” Ross is 1-0 with an 0.84 ERA versus the Marlins, but a blister limited him to two innings at Miami last month and his last start does not bode well. ‘

Ross has had a great start to the season but the feeling is he has over-performed. Fernandez is a quality pitcher and the price on the Marlins are too tempting to pass up on here.