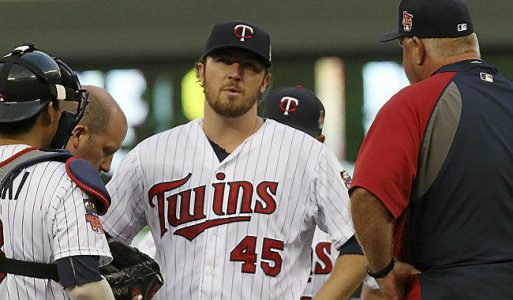 Published April 6, 2015. Check out our Featured for similar articles.

I’m backing the underdog Minnesota Twins on Monday afternoon.  We probably won’t be on the Twins too often this season, but we have a spot on Monday where they’re under-priced. Phil Hughes takes the bump for the Twins after setting a MLB record with an 11.6 K/BB ratio in 2014 and he slammed the door in both meetings with the Tigers.  Minnesota finished with 70 wins on the season, but closed on a 7-3 run in Hughes’ final 10 outings.  David Price counters for Detroit after throwing nearly 250 innings last season.  And while Hughes was outstanding both on the road and in daytime action last season, we should note that Price has not fared well in early season outings.  The lefty has been tagged with a 4.47 ERA and a .273 BAA in his last 16 April starts.  The starting pitching edge lies with Minnesota and I believe the pens are relatively even at this particular time of season.  The price is big and gives us value on this daytime dog.  I’m recommending a play on the Twins on Monday.  Thanks & GL!  Scott Spreitzer.

Scott Spreitzer has 4 sides on Monday, beginning with daytime MLB and finishing up with his NCAA CHAMPIONSHIP BLOCKBUSTER! Scott ended last season on a 45-23 winning MLB run and he’s 65% lifeitme with CBB Championship sides! Grab all 4 and SWEEP Monday’s card!