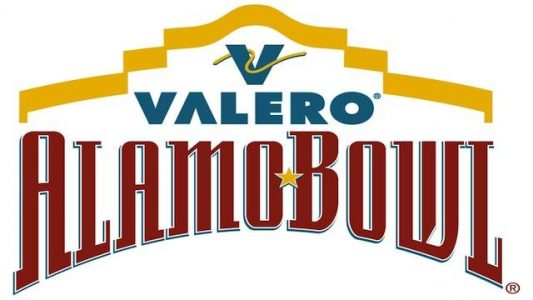 The No. 10 Colorado Buffaloes will take on the No. 12 Oklahoma State Cowboys in the Valero Alamo Bowl at the Alamodome in San Antonio Thursday night. The contest has a 9:00 PM EST start and will be televised nationally on ESPN.

The Buffaloes opened as a 2.5-point favorite with the total set at 62.5 points. The Cowboys have since received nearly two thirds of the tickets, but the spread has moved in the opposite direction with the Buffaloes now asked to cover a full field goal. The public is expecting a high-scoring affair with more than 80 percent of the wagers backing the over, but the shops in Vegas and off-shore have been reluctant to move the number.

The 9-3 Cowboys closed out the regular season with seven consecutive wins but lost 38-20 to Washington as a 12-point underdog in the BIG 12 Championship game. They were outgained 629-403 in the defeat, of which 341 yards were surrendered on the ground. The Cowboys have conceded an average of 28.1 points per game, placing them 66th overall in the nation and they’ve surrendered an average of 457.0 yards per game (108th FBS), so there’s no doubt that this is a team relying on its offense to win games.

The Cowboys have averaged 492.1 yards (17th nationally) and 38.7 points (19th) per game, and their offense is led by quarterback Mason Rudolph who has thrown for 3777 yards with 25 touchdowns and just four interceptions. The junior quarterback need to step up his game after a poor display against Oklahoma when he completed just 44 percent of his passes for a total of 186 yards. Justice Hill has had a very productive year on the ground, amassing 1042 rushing yards, while averaging 5.1 yards per carry.

The Cowboys are 4-1 ATS vs. a team with a winning record while the over is 5-1 in their last six games following a straight up loss.

The 10-3 Buffaloes opened the season 8-0 ATS, but they covered the spread in only two of their last five games. They took a 41-10 beating by Washington as an 8.5-point underdog in the Pac-12 Championship game, and amassed just 163 yards of offense.

Senior quarterback Sefo Liufau (2,171 passing yards, 496 rushing, 18 total TDs) was injured in the defeat and is nursing a leg injury. Running back Phillip Lindsay has accumulated 1189 yards and 16 TDs this year and the Bufaloes will no doubt look for him to take advantage against a Cowboys defense that has been vulnerable against the run in recent games.

The Buffaloes have averaged 32.8 points per game, ranking them 43rd overall. They have a rock solid defense that ranks 16th in total yards allowed at 327.6 per game and they’ve allowed an average of only 20.5 points per game, placing them 18th in the Nation.

The Buffaloes are 7-2 ATS vs. a team with a winning record while the under is 7-2 in their last nine games overall.

The Cowboys have one of the best quarterbacks in the country, and even though Colorado’s defense has been great overall it has also surrendered 45 points to Michigan and 41 points to Washington this season. Take the points.