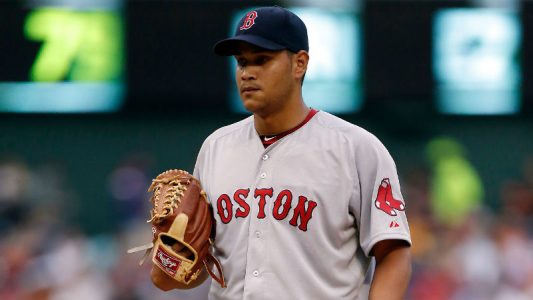 The Boston Red Sox knocked the New York Yankees out of the playoff race with a four-game sweep over the weekend. They’ll try to add to their division lead and trim their magic number to eight as they take on the Baltimore Orioles at Camden Yards Tuesday night. The Red Sox won last night’s series opener 5-2 and they’re 20-9 against AL East opposition since July 1. Last night’s results meant that Baltimore slipped into a tie for the two AL wild-card spots with the Toronto Blue Jays.

Baltimore opened this game as a -117 favorite but big money has come in on the Birds and bettors now have to pay the price of -132 to back them on the moneyline. Sixty percent of the public is on the Orioles while the money is coming in dead even on the total.

Rodriguez went four hitless innings at Baltimore on Aug. 16 before leaving with tightness in his hamstring. He is 1-3 with a 4.30 ERA in six career starts against the Orioles. He failed to make it through three innings as he was knocked around for four runs on eight hits by the New York Yankees on Thursday.

Gausman tossed eight scoreless innings to outduel Porcello in a 1-0 Baltimore win at Fenway Park on Wednesday, the fourth time in five outings he’s left the mound without allowing a run. The Orioles have won five of his last six starts.

Back the red hot Kevin Gausman at a great price, but don’t expect plenty of runs for either team.