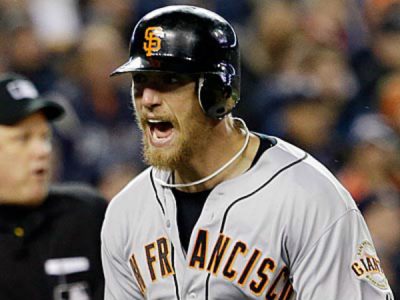 The Kansas City Royals started the World Series in worst way possible as they found themselves 3-0 down after the first inning. James Shields was not able to contain a strong San Francisco Giants offense, and there are strong doubts if the Royals starter in Game 2, Yordano Ventura (14-10, 3.20 ERA), will be able to do any better.

Ventura has a good fastball, but hitting those are basically the Giants bread and butter. We’ve seen them destroy pitchers plenty of times this season, and Ventura has not exactly been mint in the playoff so far coming off 5 2/3 innings against the Orioles on Oct 11 where he surrendered four runs on five hits with three walks.

KC’s small ball approach was not successful last night, but they should be able to get plenty of men on base today against Peavy. And then we all know what they’re capable of, as they steal bases better and more often than any other team in baseball.