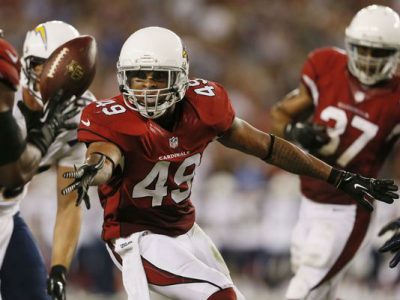 At 11-3, Arizona owns the best record in the NFC with Seattle just one game behind them at 10-4. The Seahawks beat the Cardinals, 19-3 back on November 23. Since then, Seattle’s defense has continued to dominate. The problem is that the Seahawks offense has sputtered, big-time.

The Cardinals have backup QB, Ryan Lindley calling the plays here. Not a rookie anymore, Linley has become a mature, intelligent team player. With the NFC West lead on the line, I expect head coach Bruce Arians to get his chemistry-rich team up once again here. The Cardinals are 7-0 straight up at home, going 6-1ATS. With running back, Kerwyn Williams finding his stride, this will allow Lindley time to find his talented corps of receivers, Fitzgerald, Floyd, and Brown. The Arizona offense can eat up enough clock to stay in this game.

On defense, the Cardinals will bring the sixth best rushing “D” in the league here and slow down the Seahawks only offensive threat in running back, Marshawn Lynch. With quarterback, Russell Wilson still struggling and the offense really spluttering in the pass, I don’t expect Seattle to light up the scoreboard here. Arizona is 6-0 ATS their  L6 games played at home, 7-1 ATS their L8 games played in December, 12-3 ATS their L15 vs. the NFC, and 16-5 ATS their L21 games played overall.

My overall FB run is at 84-48-1, or 64%. I have won 5 of my L7 NFL football releases. This Sunday is the highest-rated pro football card of the season. As the biggest big game hunter in the business, I am proud to release my NFC NORTH GAME OF THE YEAR and 10-3 BEST BET PLAY. If you follow me, you will get rich.