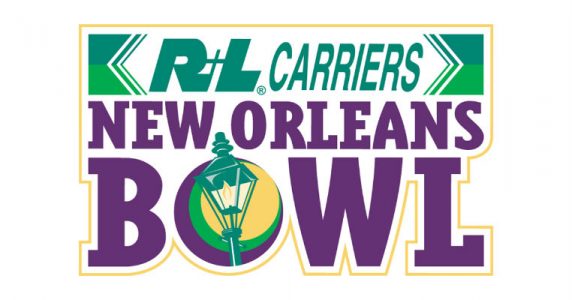 It’s Conference USA vs. Sun Belt in the Big Easy when the Southern Mississippi Golden Eagles will battle the Louisiana Lafayette Ragin’ Cajuns in the R+L Carriers New Orleans Bowl Saturday night. The Golden Eagles are making their second straight bowl appearance while Louisiana is back after missing out in 2015.

The Golden Eagles are favored by 6.5 points with the total set at 58.5 points. We have seen a massive move on the spread from the opener of Southern Miss -2.5 points with 75 percent of the tickets backing the Golden Eagles. The game has a 9.00 PM EST start and will be broadcast on ESPN.

The 6-6 Golden Eagles were forced to win their final game against Louisiana Tech as a 14.5-point underdog in order to gain bowl eligibility.

Quarterback Nick Mullens, who will play his final college game, returned from a two-game absence due to a concussion in the regular-season finale. He totaled four touchdowns (three passing, one rushing) while completing 88 percent of his passes (29 of 33) for 342 yards in a 39-24 triumph. The defense did a great job as well and Southern Miss held a 426-254 edge in total offense in the game.

Mullens will face a UL Lafayette defense that allowed opposing quarterbacks to complete 62 percent of their throws during the regular season. The Ragin’ Cajuns have however tightened things up of late and surrendered just 31 passing yards in its 30-3 victory over Louisiana-Monroe to close out the regular season.

The 6-6 UL Lafayette closed the season with back to back victories and three wins in their last four games to reach the .500 mark.

The Ragin’ Cajuns held a 240-147 advantage in total yards against Louisiana Monroe in their season finale, but senior quarterback Anthony Jennings was just 2-of-5 for zero yards passing. Jennings has completed 184 of 302 passes for 2,074 yards with 11 touchdowns and 12 interceptions this season. Running back Elijah McGuire rushed for 110 yards on 28 carries in the season finale, and he has now rushed for over 1,000 yards for a third consecutive season.  Southern Miss ranks 18th nationally in total defense (331 yards allowed per game), so don’t expect first downs to come easy tonight.

The over/under is 4-7-1 in UL Lafayettes games this season, and we think we’ll see another defensive struggle here in the R+L Carriers New Orleans Bowl Saturday night.