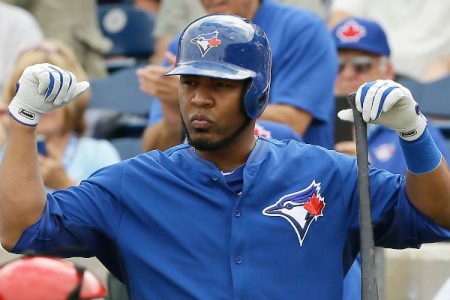 Published April 14, 2015. Check out our Featured for similar articles.

I won w/ the Rays yday as a premium selection and the only thing that makes me a bit more leery here today is we have an unknown pitcher being backed by an offense that didn’t exactly hit the cover off the ball yday.  But, after winning Monday, the visitors remain a solid value on the money line tonight.

There were only five total hits in yday’s ballgame, and the Rays scored both of their runs off bases loaded walks.  If tonight’s starter for the Rays, Matt Andriese (1st career start), can give the team anything close to the effort we saw Monday from Jake Odorizzi, then they will be in fine shape.  Toronto’s offense has been held to one run in two of the last three games.

In yday’s analysis, I also noted how the Blue Jays lineup has really struggled so far in night games.  Following yday’s defeat, they are now scoring only 2.7 rpg while batting a collective .167.  Overall, despite averaging 5.6 rpg for the year, the team batting average is just .222 and the OBP is .289. Starter Daniel Norris was far from overwhelming in his first start of the season (4.76 ERA, 1.411 WHIP).  1* Tampa Bay