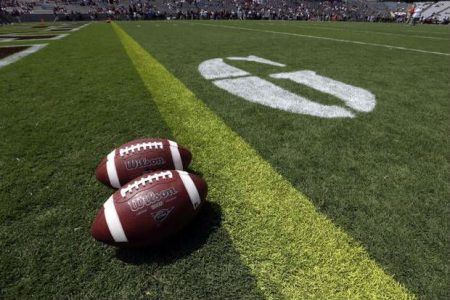 Being on the same side as “the sharps” is always a good idea, whether you do it by following reverse line movement or following premium picks from professional handicappers. We have identified three matchups on Saturday’s college football action where the line movement does not jive with the amount of bets on each side.

A massive 83 percent of the bets against the spread are on the Nittany Lions, but the line has dropped from Owls +9 to +8.5. Temple shut out Stony Brook in a 38-0 victory in Week 2 and the team is 7-2 ATS in its last nine games after allowing less than 20 points in its previous game.

More than 70 percent of the tickets are backing Texas Tech, yet the line on the Red Raiders has dropped to -10.5 from the opener of -11.5. Louisiana Tech failed to cover the spread in a 53-24 home loss to Carolina State in Week 2 but the Bulldogs are 7-2 ATS in their last nine games following a ATS loss. Texas Tech’s defense looked very suspicious in a 68-55 win against Arizona State last week and it allowed ASU to top 300 yards both on the ground and through the air.

More than a third of the bets are backing the No. 13 Bulldogs to cover the spread, yet the line has moved to Missouri +7 to +6.5. The Tigers must feel pretty good about themselves coming off a comfortable 61-21 thrashing of Eastern Michigan while the Bulldogs struggled against Nicholls State, winning by a scoreline of 26-24 as a 52.5-point favorite.