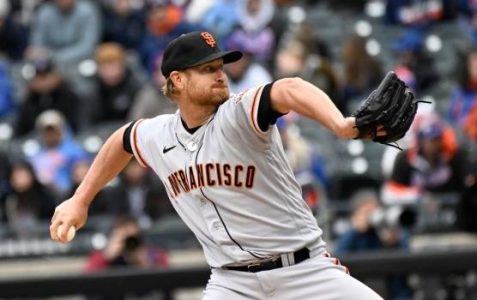 This is a play on the SAN FRANCISCO GIANTS for our Saturday Free Play.

San Francisco is coming off an improbable win last night as it trailed the Brewers 5-2 entering the ninth inning but a pair of solo home runs started the scoring and then Mike Yastrzemski completed the comeback with a grand slam and the Giants carry that momentum into Saturday. They moved to three games over .500 on the season including a 24-22 record at home while now sitting two games out of the final Wild Card spot in the National League.

Winners of five of their last seven games, the Giants have a great opportunity to close the first half on a decent run to get ready for what looks like a crowded group trying to get into the postseason.

Alex Cobb had a rough ending to May but has been pretty solid over his last six starts with a 3.74 ERA and this will be the 12th straight start where he has been favored but it is the second shortest price over that stretch. San Francisco is 61-43 in its last 104 games against the money against National League teams averaging 4.5 or more rpg on the season.

Milwaukee is now just two games ahead of St. Louis in the National League Central as it has lost six of its last nine games. Closer Josh Hader blew a game in his second straight appearance after allowing a three-run walk-off home run against the Twins on Wednesday and likely will not be available tonight.

Eric Lauer gets the ball tonight and has put together three straight decent starts but he has been killed by the long ball as he has allowed 10 home runs over his last six outings and on the road, he has a 5.25 ERA in nine starts. Play (962) San Francisco Giants