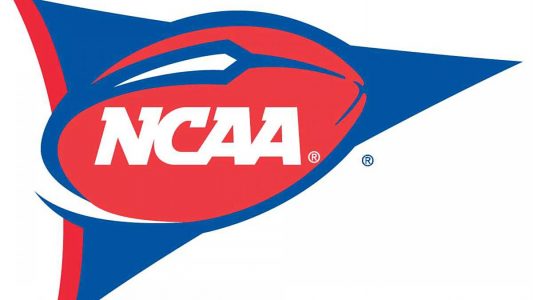 Every year, the start of a new college football season is one of the most anticipated sporting events in America. That is particularly true for sports bettors who will look to take advantage of all the wagering opportunities it comes with as betting on college football can be extremely profitable if you know who, what, and when to bet.

You might also want to take a look at our best online sportsbook bonuses as a sign-up bonus can be a substantial addition to your bankroll.

First off, let’s dissect the differences between college and pro football. While on the surface there are many similarities between how to handicap college football and the NFL, understanding the characteristics of the game that are unique on the collegiate level can make all the difference in the world whether you finish the season in the green or if your bookie is buying a new car with your money.

The NFL teams have set rosters that remain fairly intact from season to season, but at the collegiate level, a big turnover of players is a norm rather than the exception, mostly due to graduations. A winning team from the previous season that is returning the majority of its key players on both sides of the ball will have a huge advantage over a team that has a large number of freshmen. This is particularly true if the experienced team returns its starting quarterback and running back.

Below you will find 6 teams/situations to bet or fade;

2. The oddsmakers typically will give large numbers on these perceived poor teams because of the way they started their season but do not fall into the trap of betting teams that have been subpar all season long only because they catch what looks like a great line down the stretch. They still suck and do not deserve your money.

3. Whenever you have games where two teams you have handicapped to be of equal strength and in similar spots are playing and the line is close to a “pick ’em”, go with the team with the better/more experienced coach. For this, you obviously need to have knowledge of the teams and coaches, but that’s what handicapping college football is all about.

4. It is rarely wise to play on a road favorite laying a bunch of points, no matter how good they are and how great the line may look. Instead, try to identify teams that have a decent chance of winning the game straight up and are catching points at home.

5. Do not play against teams on their last home game of the season, also known as “Senior Day.” These teams will usually be extremely motivated and is a side you might consider betting.

6. Fade teams that are playing their first game on the road with a new starting QB or coach.

The bookmakers know which side the public will lean, and they will set the opening line accordingly. If a team has a great showing for a National TV appearance you can be sure that they’ll bump the line up by a few points for its next contest. This is also true of the teams that are always hyped up by media like ESPN and various TV-shows. The general public will love these teams no matter what the line is, so the linemakers can inflate the line with little to no risk.

Remember all those games you lost by just that one measly point? There is simply no excuse not to shop around for the best price. We recommend a minimum of 4 books to choose from so that you can get the best number available. If you need a new bookie, check out our trusted betting partners.

Just imagine if you make 10 wagers per week throughout the regular season (12 weeks) for a total of 120 bets. If you have a winning percentage of 54%, that means you would pick approximately 65 winners. If you could turn just 6 of those games from losers to winners you would boost your win percentage by a whopping 5%, from 54% to 59%! Now, line shopping may not always turn a loser into a winner by itself, but why at least not give yourself the chance?

The plethora of rivalry games are one aspect of college football that makes it so exciting, but those games can also be the great equalizer when it comes to betting on the favorite. Unlike in the pros where the big money is, the majority of the players on the field in any college football game are playing for the sheer love of the sport. Emotions often run high and many times this lead to an underdog playing much better than advertised. You should also be well aware of the past betting trends in a rivalry matchup. In an obvious mismatch, the favorite might still come away with the straight-up win, but that does not mean it will cover against the spread. You want to especially focus on last season’s outcome between two bitter rivals as revenge is a huge factor at this level.

Home field advantage at the collegiate level will often times carry much more weight than the three points that might be reflected in the game’s point spread. Some teams play much better at home, while some teams traditionally struggle on the road. This is another area where you need to really stay on top of the recent betting trends for a team’s results at home and on the road. Players and even coaches come and go, but for some teams, this kind of trends can linger for years.

Betting on winning coaches is a strategy that also carries some merit. Successful college programs with a long-time head coach at the helm are a proven commodity that can often time lead to better predictability. Sometimes these coaches get a reputation for piling it on by running up the score against some of its lesser opponents. Some very successful head coaches are only worried about getting the win and are more than happy to rest their starters if the game starts to get out of hand. It is not enough to just bet on a team because it has a good coach, you have to take the time to study the betting trends surrounding their tendencies over the years.

Many times injuries are not as big of a factor at the college level since the difference between the starter and the player behind them on the depth chart is not that wide. That being said, that rule does not always apply at the quarterback position or with some of the other key skill positions on offense. A quality quarterback that can run a coach’s offense while scoring points and avoiding turnovers is worth their weight in gold at this level. Do not assume that the player waiting in the wings to get their turn will automatically have the same ability to run the show. Teams that love to run the ball will often have several backs that can get the job done. Teams that turn to the ground game because they have an exceptional running back carrying the ball are very susceptible to injury should that particular player go down.

It is well worth the time to get to know a team’s depth chart on both sides of the ball so you can start riding the ones that have enough talent to simply plug-in next player on the list should the starter go down. The desired end result should be little or even no drop-off in that position’s level of play.

Check out our Featured, Sports Betting Guide for similar articles.